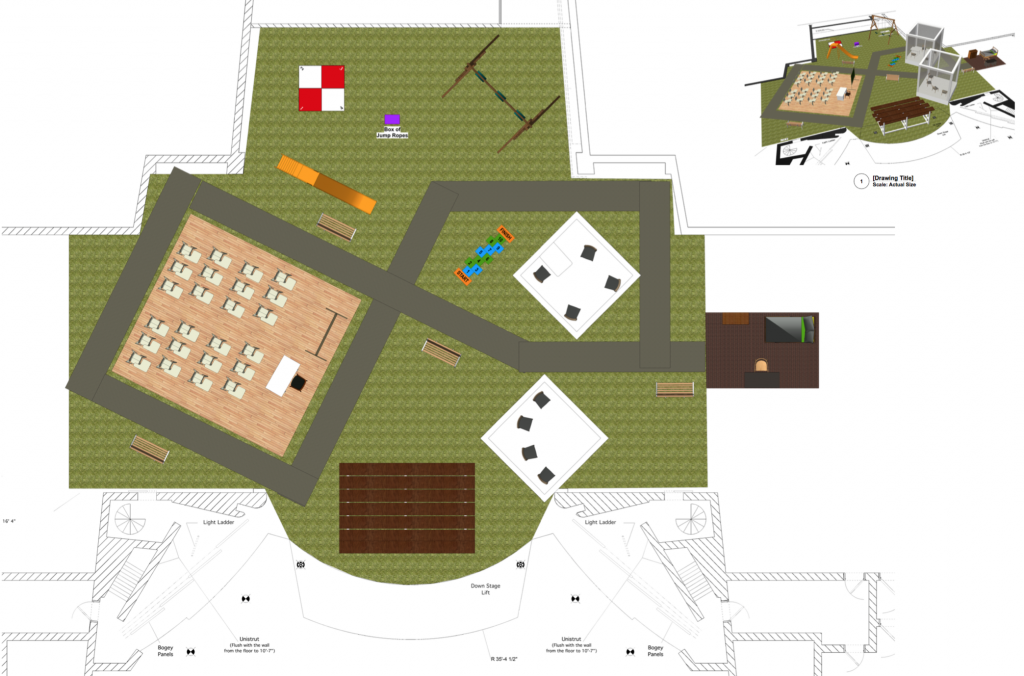 Mikel Rouse and part of his creative team (see below) will partner with The Krannert Center for the Performing Arts and the Urbana School System to present excerpts from One Boy’s Day in a special 3 day event commemorating the ongoing collaboration with students, teachers and parents in the Urbana Champaign community. Performance elements of live music (string quartet, chorus and local improv musicians) will combine with live and recorded video capturing teachers and classes onstage for the first time. Orchestrating an ‘average day’ in class will offer the opportunity to reflect and appreciate the powerful contribution made by teachers while highlighting the profound beauty of seeing children and their contributions highlighted. Click HERE for the 2020-2021 Krannert Brochure. 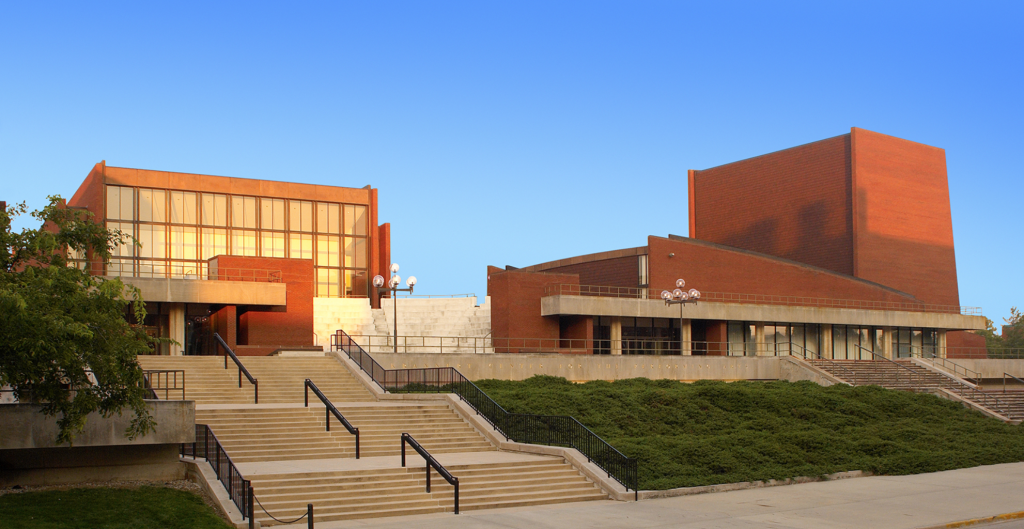 The Krannert Center for the Performing Arts

Krannert Center for the Performing Arts is dedicated to the advancement of education, research, and public engagement through the pursuit of excellence and innovation in the performing arts.

Embracing the art of the past as well as the art of our time, the Center supports the belief that creativity is a core human characteristic and that the arts hold uniquely transformative potential.

Through its multiple and integrated roles as classroom, laboratory, and public square, Krannert Center serves as a touchstone for the exploration and expansion of human experience.

They are the lead producing partner for One Boy’s Day having had a 20 year relationship with Mikel Rouse. The Krannert Center has been a lead producer of Rouse’s Opera Trilogy as well as numerous chamber works. 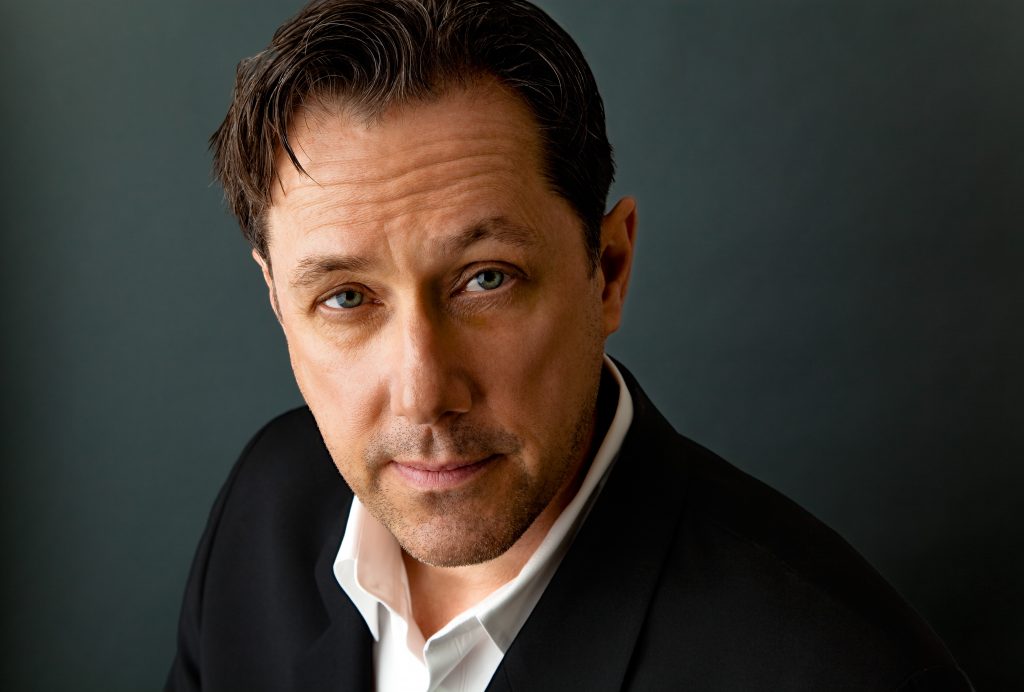 Mikel Rouse is a New York-based composer, director, performer and recording artist hailed as “a composer many believe to be the best of his generation.” (NY Times) His works include 40 records, 7 films (including Funding and Music For Minorities), and a trilogy of media operas: Failing Kansas, Dennis Cleveland and The End Of Cinematics. His work has frequently appeared on Top Ten lists around the country. He has received commissions from the Brooklyn Academy of Music, the Mary Flagler Cary Charitable Trust and the Meet the Composer/Reader’s Digest Commissioning Program. Rouse’s compositions have been performed at Lincoln Center, the New York State Theater, and Alice Tully Hall, and throughout the United States and Europe. More information is available at www.mikelrouse.com.

Jeff Sugg (set and projection designer) isa Brooklyn-based award-winning designer. His credits on Broadway include Macbeth (Lincoln Center Theater), A Time to Kill, Bring It On, Magic/Bird, and 33 Variations. His Broadway designs include The Last Five Years, This Clement World, Tribes, The Slug Bearers of Kayrol Island, and The Accidental Trilogy. His regional work includes The Elephant Man (Alley Theatre), The Mountaintop (Alley Theatre/Arena Stage), and As You Like It (Shakespeare Theatre). He also has worked with Cynthia Hopkins, Laurie Anderson, and The Wooster Group. He has received a Lucille Lortel Award, an Obie Award, a New York Dance and Performance Award (Bessie), and two Henry Hewes Design Awards.

Jim Findlay (set and production designer) works across boundaries as a theater artist, visual artist, and filmmaker. His most recent work includes his original performance pieces Dream of the Red Chamber (2013–current) and Botanica (2011–2012), the direction and design of David Lang’s Whisper Opera for the Museum of Contemporary Art and Lincoln Center, and the soon-to-be-complete 3-D adaptation of Botanica. He was a founding member of and collaborator in the Collapsable Giraffe and, in partnership with Radiohole, helped run the mythical and recently deceased Collapsable Hole from 2000 to 2013. In addition to his original works as an independent artist and with the Giraffe, he maintains a long career as a collaborator with many theater, performance, and music groups, including The Wooster Group, Ridge Theater, Bang on a Can, Ralph Lemon, Stew and Heidi Rodewald, and Accinosco/Cynthia Hopkins. His work has been seen at Lincoln Center, Carnegie Hall, the Brooklyn Academy of Music, Arena Stage, and the American Repertory Theater and in more than 50 cities worldwide, including Berlin, Istanbul, London, Moscow, and Paris, as well as in the tiny theater he built in David Lang and Suzanne Bocanegra’s home. He has been awarded three Obie Awards, two New York Dance and Performance Awards (Bessies), two Princess Grace Awards, and Lucille Lortel and Henry Hewes Design Awards as well as residencies with the MacDowell Colony, the Ucross Foundation, the Massachusetts Museum of Contemporary Art, and Mount Tremper Arts.

Christopher Ericson (sound designer) is an American sound designer. Born in Dearborn, Michigan, in 1980, he is known as a pioneer in sound design and engineering for live production. Mr. Ericson is best known for his ambitious technological implementations with composer and performer Mikel Rouse. The son of small-business owner Thomas Ericson and principal dancer Jordeen Ivanov- Ericson, Mr. Ericson grew up in the suburbs of Detroit, pulling musical in uences from classical music training and performance. Mr. Ericson studied theater at Western Michigan University and completed a master of ne arts degree in sound design and technology at the University of Illinois. Mr. Ericson’s work in production specializes in large-format sound system design, and he has been recognized for his work. Some of his U.S. credits include design and production for the Brooklyn Academy of Music, the Lincoln Theatre, South by Southwest, Lollapalooza, the North Coast Music Festival, and Carolina Performing Arts.

Matthew Gandolfo (music director) recently created arrangements for Susan Merson’s Between Pretty Places at HERE;Wonder, a piano quartet for Pax Amicus Castle Theatre; and Oedipus the King, a suite composed for prepared piano and voice at Players Theatre. As a cofounder of Veritas Musicals, a company dedicated to the creation of educational theater for young audiences, Mr. Gandolfo’s work has recently been produced at the Birmingham Children’s Theatre, Fargo Moorhead Community Theatre, and Rising Stars Performing Arts Company.

Hideaki Tsutsui (Lighting Designer) – His design has been seen from NYC to the West End in London. Hideaki has designed for numerous artists and productions such as: Lantern Floating for Peace at the Lincoln Center, Garth Fagan’s Thanks 40 at the Joyce Theatre, Osvaldo Golijov’s La Pasión Según San Marcos national tour, Moscow Circus USA Tour, Midtown International Theater Festival, Sweeney Todd at Madison Opera and Gravity Radio at Brooklyn Academy of Music. He served as the lighting designer for long time collaborator Mikel Rouse’s acclaimed production, The Demo at the Krannert Center and at Stanford. Hideaki was also invited to light 20th Anniversary Dance Gala for Virginia Arts Festival such dance companies include American Ballet Theatre, Mark Morris Dance Group, Birmingham Royal Ballet, Richmond Ballet, Tokyo Ballet and many others. He worked as lighting designer and technical director for Nai Ni Chen Dance Company. Before joining the University of Texas at El Paso, Hideaki was the Lighting Designer and VP of Operations for Eggshell Light Company in Hawaii, where he designed over 100 corporate events, concerts, and television shows. He served as the lighting designer for live events such as; Kevin Hart Live, Cindy Lauper, IBM, Herbalife, New York Life, Intuit, APEC Conference, PBS Hawaii and General Motors. Currently, Hideaki is working on Lantern Floating Hawaii which attracts 40,000 spectators each year and is broadcasted worldwide. His design for The End of Cinematics was showcased at 2007 Prague Quadrennial of Performance Design and Space. Hideaki is the Vice-Commissioner of International Activities for USITT Lighting Commission. He is a member of the United Scenic Artists/IATSE – Local 829.